Swimming Across The Pacific Ocean

Ben Lecomte is a 51-year-old French-born long-distance swimmer. In 1998, he successfully swam across the Atlantic in 73 days, and he did it without a kickboard. His father passed away from cancer, which motivated Lecomte to take on this journey in order to collect funds for research against cancer. It was his father who taught him how to swim.

This month, Lecomte is looking forward to a new challenge. He wants to reach the next level by preparing to swim across the Pacific Ocean. It will be a 9,000-km journey to raise awareness about plastic pollution. He will swim for eight hours a day for more than six months. He is going to pass through the famous Great Pacific Garbage Patch, which is a notorious collection of about 80,000 metric tons of floating trash. According to Scientific Reports, it has even expanded to more than twice the size of Texas. Along the journey, a team of scientists will conduct research on climate change, plastic debris, and the Fukushima nuclear disaster’s effects on the ocean.

Lecomte will face many challenges, including storms, extremely cold temperatures, and dangerous ocean creatures such as sharks and swarms of jellyfish. To prepare for these obstacles, he will be equipped with a wetsuit, swimming cap, snorkel, goggles, fins, a waterproof Holter monitor, and shark repellent. 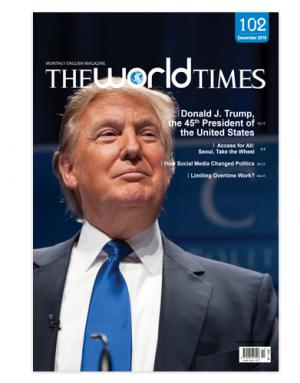